Burdeen’s Jewelry has been the place to go for custom, unique watches in Chicago for more than 40 years. On September 14, 2022, Burdeen’s celebrated its partnership with watchmaker Panerai with a very limited edition of a Chicago-themed watch strap. Josh Nigut, Burdeen’s Vice President, tells us all about it. 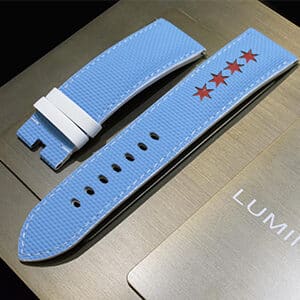 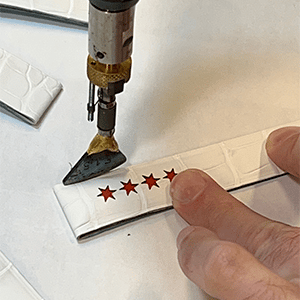 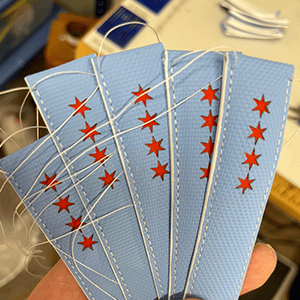 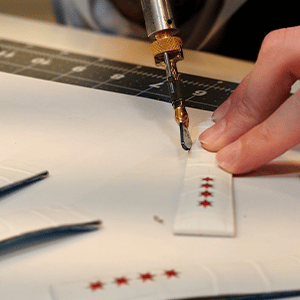 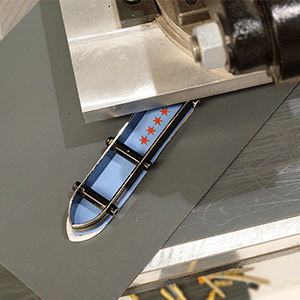 Why did you start working with Jean Rousseau?

We distinguish ourselves by offering unique products and service. Our clients love the ability to customize their watch and make it their own. Jean Rousseau offered so many possibilities to make straps creative and colorful. When we saw the success, the passion that our customers felt for all the possibilities, we expanded our collaboration. Today, Jean Rousseau is present in all our stores. We share an attention to detail: the materials used, the quality of stitching, the timing for delivery, are all in accordance with our core values.

How did you come up with a Chicago flag design?

Chicago is a very proud city. All over the US, there are people who are very proud to say they are from Chicago. And we are part of them! The flag is very distinctive: it is powder-blue like the waters of the Michigan lake and Chicago river, with three white stripes in reference to the North, West and South sides of the city. The four stars refer to four key events that made the city what it is today.

This month, we are celebrating the launch of the new Panerai Luminor Luna Rossa watch, and the fourth year of our Panerai boutique on Walton Street with a very special event at the Waldorf Astoria Hotel. We decided we would come up with a very unique, Chicago-themed strap to go with the new watch. We wanted to do it with Jean Rousseau, obviously.

It will be powder-blue in the middle, with a white contrast, two white keepers and the Chicago stars in the center. On the flip side, it’s lined in white. Jean Rousseau executed it in a textured rubber: after all, Chicago is a water city, and Panerai is a water-based brand, created for sailors.

The biggest thrill for us when we saw the prototypes was the way Jean Rousseau handled the six-pointed stars. They were able to create a gap into the material and paint it. To be able to have this level of detail is an absolute hallmark.

As a whole, the style is versatile enough to be worn with a luxury watch, without being over-the-top, which is very distinctive of a Chicago style!

Where can we buy this strap?

It will be a very limited edition: we are planning to produce 50 straps, 100 at the most. If they are as successful as we expect them to be, most people will have to wait until next year when we create another edition, made of white alligator this time. We could open up to other brands and create a series that our customers will want to collect, to display their pride of the city.

< Back
"The collaboration between Sawaya and Maison Jean Rousseau reflects our sincere desire to take care of materials"
Create a new list
0
0
My bag
Your cart is currently empty.Return to shop
Continue Shopping