BLUE IS THE COLOR OF JEAN ROUSSEAU

Blue is not like any other color. To begin with, it is a symbol of patience, abnegation, even wisdom: quietly ignored from Antiquity to the middle of the medieval ages, it surprisingly ended up becoming Western civilization’s favorite color. 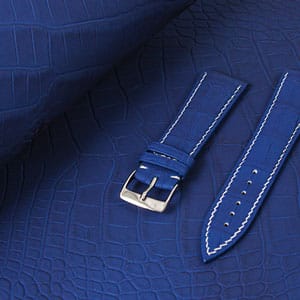 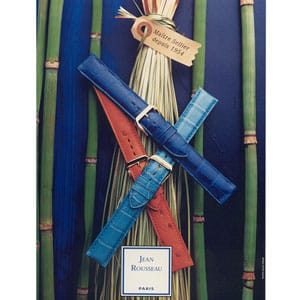 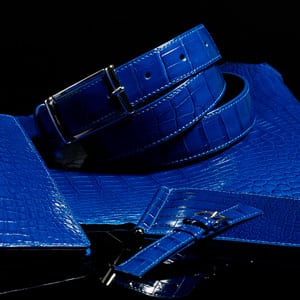 In France, its role is especially meaningful. From the unique Chartres-blue admired on the stained glass windows of cathedrals to the royal blue proudly worn by the French and the National guards, blue is a color which has come through centuries as well as our History. For the painter Auguste Renoir, blue was even at the origin of the artistic movement he mastered: “One morning, one of us lacking black, used blue: Impressionism was born.”

If blue’s popularity in France is now well established, it is also very important to Jean Rousseau. Those who closely follow our work know it: blue is a strong marker of our identity. On the one hand, it is a characteristic color in the watchmaking world. Hands of the most beautiful watches are made in a steel blue specific to our activity. On the other hand, blue was always central in the work of Jean Rousseau.

In 1997, the Manufacture underwent a renaissance period where its principal color was a sombre midnight blue. Over the years, it became brighter, livelier and more dynamic. Today, Jean Rousseau’s blue is pure, modern and clear. Blue is the colour of our horizon and its constant allure inspires our reach for continuous innovation and desire for perfection.

Blue is a part of every collection and creation. It can be seen on our watchstraps and other leather goods, in each of our Atelier-boutiques, at our headquarters, on our production site… and even on the majority of the equipment at the Manufacture!

Although Jean Rousseau’s original blue is defined by Pantone codes 286 and 289, its tone can still be adapted by our in-house colour treatment workshop. These elaborated tones can be made for limited editions, or reserved for a tailor-made creation. Choosing a very specific color for a creation is of course the best way to obtain the ideal gift, perfectly adapted to the personality of its future owner.

As for me, indigo and Klein blues are my favorite. In my opinion they are not only refreshing, they also release great energy. At the same time, as I was reflecting upon this notion of blue, I realized it had always accompanied me. From childhood, blue has punctuated my personal as well as my professional journey. How lucky am I to make it live every day thanks to the extraordinary work of our craftsmen at the Manufacture… unless it is no coincidence!

< Back
Watch straps, ultimate form of leather art
Welcome to our Manufacture!
Create a new list