In 2019, Maison Jean Rousseau celebrated 65 years of its know-how of excellence. On this occasion, its President, Jacques Bordier, and its brand director, Anaïs Bordier, review the history of this French local Maison with an international destiny. 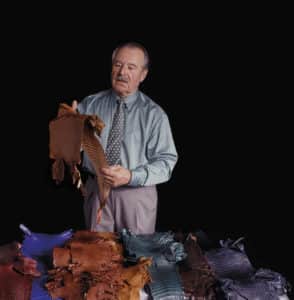 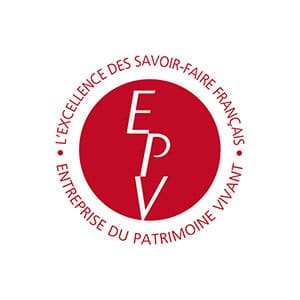 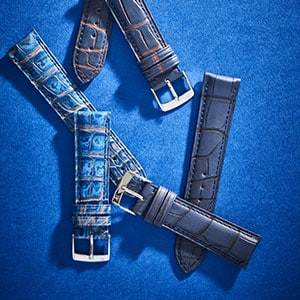 Jacques Bordier: Jean Rousseau is the name of the man who founded the manufacture in the early 1950s. At the time, he was a workshop foreman in one of the numerous little companies making leather watch straps in the region of Besancon (Franche-Comté). In 1954, he decides to create his own Maison, with a team of 20 people. From there, the company is going to grow, change its name, have subsidiaries abroad and live great moments… but also more dramatic ones. Since the company stays positioned on low and medium segments of the market, it faces a very strong low cost competition. In 1998, it goes bankrupt. A few years later, I decided to take it back. Imagining that the unique know-how of its craftsmen could disappear was unbearable. On the contrary, I knew it represented an incredible potential for the luxury market. We have put all our efforts in pursuing this goal. It’s been difficult, but today’s results meet our commitment.

Jacques Bordier: The first thing that comes to my mind is not a moment in particular but an element that shapes our identity since always: the blue Jean Rousseau. This colour, which is the favourite of human beings, has crossed time and punctuated my own life. When I took the company back, we were on a very strong and dark blue. Since then, it evolved while maintaining its strength. Today, the blue Jean Rousseau is frank, modern but it never disavowed its origins. It looks like us and is the link between yesterday’s little manufacture and what we have become.

From an “event” point of view, I would say the opening of our first boutique in Paris in 2001. I lived it as the refoundation stone of Maison Jean Rousseau.

Anaïs Bordier: I remember when we obtained the EPV label (standing for Entreprise du Patrimoine Vivant, Living Heritage Company), which is granted every 5 years. At the time, I wasn’t working at the company yet but I had the chance to live its renewal in 2012 and 2017. This recognition of the level of excellence of our creations means everything to us. It shows that we are right never to take the easy option and to always look for news ways to be innovative while respecting traditional know-hows. This reward also completes the ambition my father had. This know-how that he wanted to protect is the base of our work and philosophy. It is what distinguishes us: 100% of our creations are created within our walls. It’s rarely the case in our business.

Anaïs Bordier: We have a lot! Sixty-five years is a very long-term vision but we move forward keeping in mind what made our success these past decades: we will keep gathering highly qualified people and preserving their talent through training. Also, we will never disavow our values: excellence, respect of tradition, creativity and innovation… all of them being guided by a strong sense of ethics.

Jacques Bordier: As Anaïs said, to preserve our know-how is the key to our development. We were born in the watchmaking universe and will be forever attached to it. But today, our skills allow us to address new challenges. Thanks to our teams in Europe, Japan, United-States and China, we are now able to respond to the requirements and expectations of true connoisseurs around the world. Our ambition is to offer them the most beautiful creation and the best service where ever they are. For us, it is also modest way to keep enlightening a certain image of luxury “à la française”.

< Back
Blue, Craftsmanship, EPV, Know-How, Made in France, watch strap
Our authenticity makes us unique and proud
3 QUESTIONS TO PRANEETH RAJSINGH, FROM MING
Create a new list
0
0
My bag
Your cart is currently empty.Return to shop
Continue Shopping